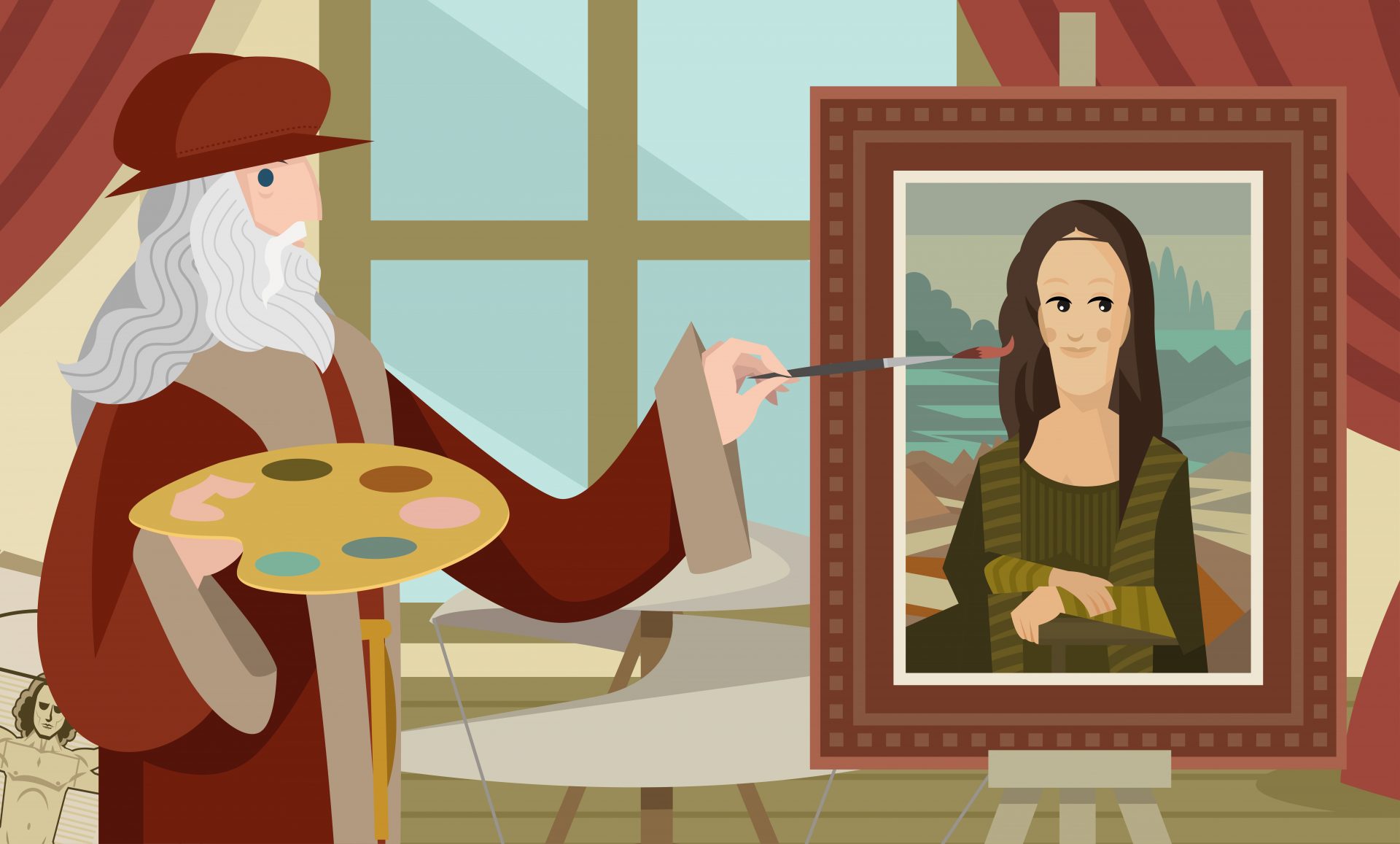 No, it’s not a trick question. In this article we are focussing on one specific figure who holds particular prominence in the art world, and will be considering how her very existence and the way that we all see her may in fact be an example of the Mandela Effect at work.

The Mona Lisa is arguably the most famous painting, not only from Leonardo De Vinci but from any artist, anywhere. Now found in the Louvre in Paris, the painting is small and protected on all sides by security and a thick bullet proof glass case to keep it as safe as possible – but no amount of security can save it from online scrutiny.

The painting was created sometime between 1503 and 1519 and captures the image of an unknown woman, about whom we know very little. Despite all this, the painting is recognised by people of all ages, all over the world, as showing the most famous person in the world.

Which makes this example of the Mandela Effect even more interesting. After all, how can a collective false memory exist for someone as famed and well recognised as the Mona Lisa?

The Mandela Effect is a phenomenon whereby large groups of unrelated and unconnected people believe in something which never happened or believe that an event or situation unfolded in a way which is different to what really happened. These instances are reported across a multitude of scenarios from movies to song lyrics, historical events, real life events, and even the world of art – as evidenced by the Mona Lisa.

What makes the Mandela Effect particularly interesting is that in most cases, the misinterpretation is entirely accidental and coincidental – leading to a series of theories which include time travel, the butterfly effect, and alternate and parallel universes to name but a few. The main point is that these collective false memories must come from somewhere – especially when they feature such prominent cultural artefacts like the Mona Lisa.

The Mandela Effect and the Mona Lisa

If you look at the painting of the Mona Lisa, there is no denying that the focus is on the face of the female represented in the piece. But does she always look the same in every interpretation and print out of the painting? The Mandela Effect implies that no, she does not.

The main example of the Mandela Effect in action relating to the Mona Lisa homes in on her smile – with hordes of people stating that they remember her as having a very straight lined mouth and little joy in her face, whereas more recent versions of the painting show her to have a smirk on her lips. Has the painting changed? Or is the common recollection of her straight face incorrect and ungrounded in evidence? This is the question being asked by art lovers and conspiracy theorists alike.

This is where perceived reality comes into play, and the idea that the Mandela Effect is not so much a collective lie as a strange of reality which has been misremembered and misinterpreted, then shared with the masses.

Another argument dives more deeply into the perception of art as a medium, and questions whether the shift in expression has more to do with the angle that the painting is viewed at and the way the light falls on the painting rather than the subject itself. While this goes some way to explaining the different ways in which you might view the painting, it does little to answer the question around just how widely incorrect people’s memories are of one very specific and very famous painting.

Artists and graphic designers have taken the question of the Mona Lisa and the Mandela Effect one step further by recreating what they believe to be an interpretation of the original painting as they remember it – that is, with a straight face and more of a bored expression, crucially without the smirk.

Some of these artists have added fuel to the fire of a conspiracy by sharing their thoughts that the paint around the mouth is too smooth and doesn’t hold the same aged quality as the rest of the painting in most online interpretations – although this argument pushes beyond the Mandela Effect and starts to question the integrity of online resources.

Whether or not you consider yourself to be a big art fan, we want to know what you think about the Mona Lisa. Is it an example of the Mandela Effect and a collectively incorrect memory of her face without the smile – or could something else be at work in presenting a new and different perception of her face and the way it looks today?