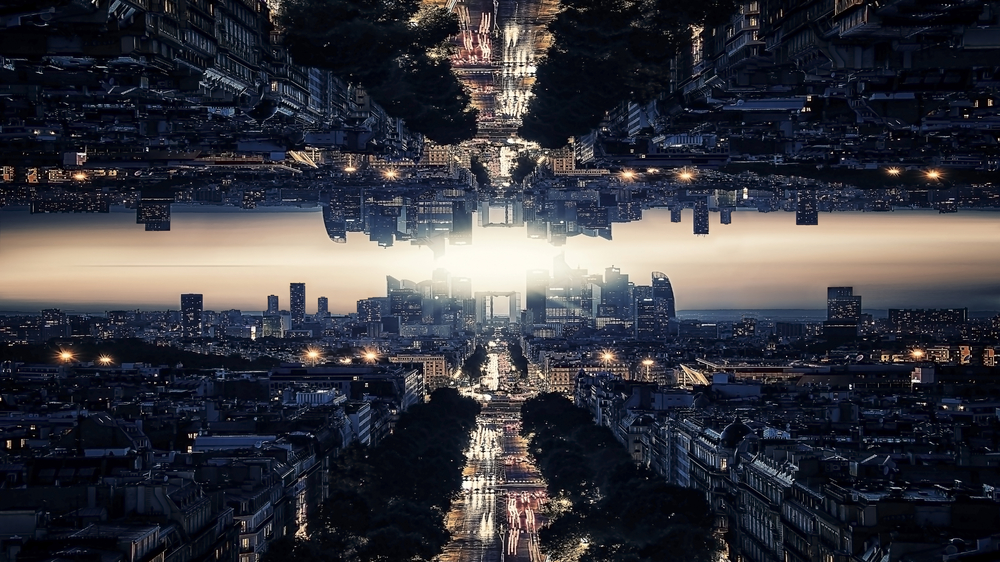 Whenever we talk about the Mandela Effect, the conversation quickly becomes littered with conspiracies and various theories – from regular explanations to the supernatural and everything in between. And with the internet providing a platform for endless believers and theorists to share their thoughts and feelings with a broad audience of captive listeners, these ideologies only grow and develop further with time.

Parallel universes and the idea that we are living in one version of reality while others surround us, is a specific theory which is commonly used to explain the Mandela Effect and the presence of false memories which are held by multiple individuals and groups with no connection to each other. The argument stands that in these instances, the false memory held by specific groups is in fact the reality that has been experienced within a parallel universe – and so is not so much false as it is true but within another time frame and another version of reality.

In this piece we explore the potential existence of a parallel universe and how the Mandela Effect plays into this argument.

The Mandela Effect and how it works

The Mandela Effect is a phenomenon whereby a collective group of individuals recall or remember something incorrectly – to such an extent that they genuinely believe their version of reality to be the truth. One of the most interesting things about the Mandela Effect and its various iterations over the last few years is that some examples are completely harmless and refer to fantastical false memories from the movies and song lyrics, while others have a darker and slightly more sinister meaning. The most obvious example of the latter is of course the namesake for this phenomenon, where groups of people believed that they had seen and read reports of Nelson Mandela’s death way back in the 1980’s when he was in prison – despite the fact that he didn’t actually die until 2013.

One could argue that this is simply a case of a widespread misunderstanding, however the real mystery comes when you understand that there are printed and written reports which do mention the death of Nelson Mandela way before the event actually occurred. This leads seamlessly into the idea of a parallel universe – one where people who are alive in one reality can in fact be dead in another.

The Parallel Universe theory – do we have proof?

As with any theory, there is no definite proof that parallel universes exist or that they are responsible for the Mandela Effect. The main argument that supports this theory is the basic idea that false memories and discrepancies occur when the parallel universe spills over into our own reality. When this is allowed to happen, the two versions of reality are bound together to create one interpretation – and this is why some people remember one version while others remember another.

And this does go some way to explaining other instances of the Mandela Effect in action. For example, misremembered quotes from movies and lyrics from films, which serve to alter the way in which certain characters and storylines are remembered. A primary example is the Star Wars Darth Vader Mandela Effect, where fans from all over the world continually question the validity of the line “No, I am your father” – with endless people recalling it as “Luke, I am your father”. This example taps into other explanations as well as the parallel universe theory, with the growing social media and use of memes and recreations adding to the existence of incorrect interpretations. But still the argument remains that a parallel universe could indeed exist where the alterative version is true.

And this isn’t the only supernatural theory which exists and links to the Mandela Effect.

Another popular theory involves time travel which, in much the same way as the parallel universe theory, encourages us to believe that discrepancies and false memories exist because they were once reality. If time travel were to exist, it could be that the alternative versions of these lines and quotes exist because once upon a time, someone went back in time and changed the line at its original source. Thus, in a similar way to the parallel universe idea, so a time travel theory supports the belief that what is now considered to be a false memory is, in one time and place, the whole reality.

Once you start diving into the ideas behind parallel universes and alternative theories, you start to tap into some serious existential questions – not only explaining and questioning the presence of the Mandela Effect and its origin, but also pondering the existence of humans and the planet we think we occupy.

So, the next time you come across a Mandela Effect example and find yourself wondering as to its origin and how it came to be, ask yourself is a parallel universe is something that could affect that specific memory or event. And if it is – which version is the original reality?