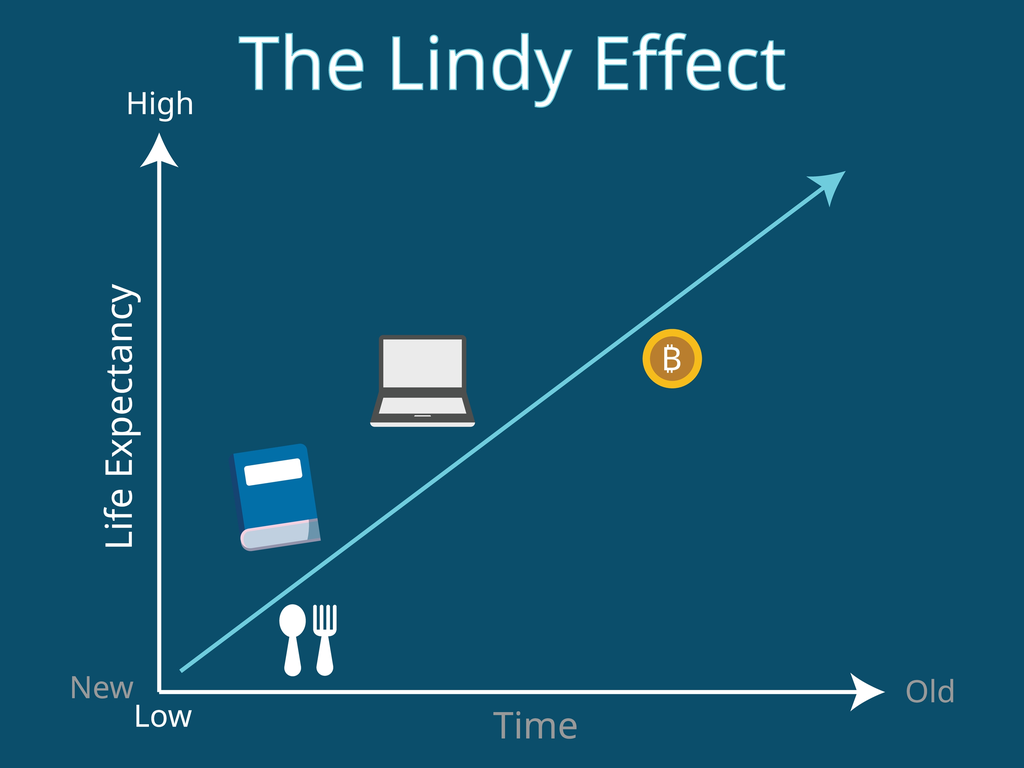 In an exploration of the Mandela effect, particularly when considering movies and popular culture examples of the phenomenon in practice, it is normal to touch on other conspiracies and theories which either support or debunk a certain argument.

In this article we will be taking a closer look at the Lindy Effect and how this can be used to support the idea that once a misconception or false memory is out there in the big wide world (or, better yet, the internet) and has been for a period of time, the chance is high that this error in memory will not go away quickly or easily.

What is the Lindy Effect?

The Lindy Effect is built on the very simply idea that the lifespan of something (unrelated to human life) is dependent on and can be linked to its success and how well received it is as an idea or an invention. This taps into and can be attributed closely to the idea of small businesses and start-ups, with business publications always saying that only the best ideas will survive – while others will shrivel up and just disappear.

It is, in essence, a way of establishing how perishable or durable something is depending on how long it has already lasted for or been around for. Something with an established and long history is far more likely to survive and thrive than something that is brand new – whether talking about an idea, an invention, a new technology, a career or job, or even a book or movie which is so popular that it takes on the role of a classic and is never removed from bestseller lists or school reading lists.

How does the Lindy Effect relate to the Mandela Effect?

The basic concept which links the Lindy Effect to the Mandela Effect is the idea that once an idea has established itself, it becomes very hard to kill off or remove – and this is just as true of incorrect memories as it is of correct and factually proven memories.

Look at it this way. If you engage in some kind of activity with another person and they relay the story with a slight inaccuracy again and again, you will likely eventually get sucked into their version of events and start to tell the story that way too. The longer this version is out there, and the more often you hear it, the more it begins to become reality for you – and so the Lindy Effect comes into play, proving that the existing duration of the story matches its longevity in the future.

In essence, once a false memory has existed and been present for a significant time, it becomes more and more likely that that inaccuracy will stick around. This is not only because there is more time for people to buy into the idea, but also because concepts are given a chance to set seed and blossom into well-rounded theories and memories over time. Let’s take a look at some examples to bring this to life.

Examples from popular culture and other famous references

Remember Silence of the Lambs? This is just one of many many movie references which bring the Mandela Effect to light, whereby the longevity of the false memory also taps into and proves the existence of the Lindy Effect. Endless people remember the line “Hello, Clarice”, uttered by Hannibal Lecter when Clarice goes to visit him in his prison cell. And yet he never actually said the line – it’s a complete fabrication, imagined and planted in the memories of so many viewers from all over the world. And yet, because for so long this falsified line has been intrinsically tied to the movie, we still quote it and share it as if it was real – proving that the longevity of the false memory has indeed given it a longer lifespan and a bright future.

Another example comes straight from Disney, with Snow White and the Seven Dwarves presenting not one but two examples of the Mandela Effect which, given the age of the movie, also prove the existence of the Lindy Effect. The first is the “Mirror Mirror on the wall line” – which is in fact “Magic Mirror on the wall”. The second is the Heigh Ho song sung by the dwarves. Popular culture and tons of renditions would have you believe that the words are “Heigh Ho, it’s off to work we go”, whereas the actual line is “Heigh Ho, it’s home from work we go”. The age of this film and the widespread use of the quotes in different industries and generations means that the incorrect version of the song and the infamous line has become just as famous – if not more so – than the original, authentic version. Another example of the Lindy Effect in practice.

The Lindy Effect goes some way towards explaining the longevity and lifespan of some of the most common and widely known examples of the Mandela Effect, by literally basing the lifespan of an idea or concept on its current existence. Those ideas that have had time to set seed and spread have become some of the most controversial and widespread examples of the Mandela Effect – and are still showing no signs of disappearing.

What other examples of the two theories can you think of, where one impacts and bolsters the other?