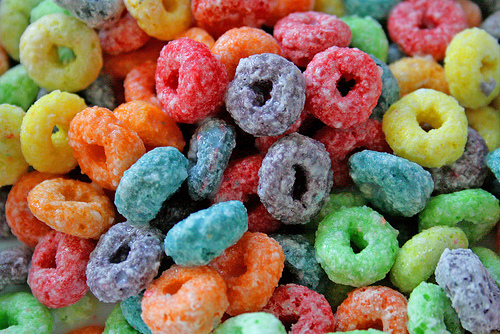 The Mandela Effect is a term used when a mass of people have the same false memory about an event that never actually happened. It has baffled us all for a good time now and it’s time we tried to explain the phenomenon by the means of science and logic. So we have taken upon ourselves to find you the 5 best Mandela Effect Theories that will give you more food for thought. Here We Go:

In the year 2010, a woman named Fiona Broome stated to a large gathering of people, that she remembered the news reporting the death of Nelson Mandela in the 1980’s. People that were a part of this gathering also recalled hearing about the death of Mandela in the 80’s. The only problem was this event never occurred and Nelson Mandela, in reality, died December 5, 2013, of a respiratory infection. As a result, Broom titled this phenomenon the “Mandela effect” and her theory for why she and many others remembered something that never happened is alternative realities colliding. Broom believes that she and others that share these memories of Mandela passing in the 80’s where living in a parallel universe at the time, but somehow that reality collided or mixed with their current reality, which caused their memories to seem false. While these theories may seem like something out of an episode of Twilight Zone, Broome has gained a diehard following who support her belief in the existence of alternative realities. At the moment, Broome has found her own success through writing blogs, writing books, and speaking at events about paranormal activity and parallel universes.

More than a century ago, Albert Einstein proved that time travel was indeed possible. In the year 1905, Albert Einstein developed the theory of relativity, which states travelling at the speed of light will cause you to experience time at a slower rate. Also, in the year 2004, a physicist named Fred Allan wrote a book named “The Yoga of Time Travel” where he states that time travellers live among us. This could be used to explain why the Mandela effect is so prevalent in society. Some people believe that time travellers are going back in time and altering history, as a result, the things people remember from before time was tampered with, are perceived as false memories by the rest of the public. For example, during the 80’s, Mandela could have died in prison, but time travelers could have gone back in time and prevented him from dying, and while a lot of people would have only retained memories attaining to the altered event occurring, others could still have the memory of the original event occurring in their brain. This would cause a disconnect between those that remembered what originally happened and those that only remember the altered historical event happening.

According to psychiatrists, confabulation occurs when a person’s brain produces memories that are distorted or false, without the intent of deception. The main causes of confabulation include dementia, brain damage, memory disturbance, or other mental disorders. This theory perfectly explains the Mandela effect because several individuals with no connection or relation to one another are sharing the same inaccurate memories. Furthermore, individuals that suffer from confabulation or extremely confident in what they believed they saw or heard and come off very defensive towards those that challenge their false memories with contradicting the evidence. This very same characteristic is found in people that are a part of the Mandela effect. Individuals who misremember historical events, movie titles, movie lines, television episodes, and spellings of places are still very adamant about their beliefs, even though facts disapprove what they claim they remembered. Moreover, this stubbornness to accept that their memory was wrong could also be the catalyst for theories like time travel or parallel universes colliding arising. Instead of dealing with the fact that their memory is false, they create conspiracy theories to validate or explain away their mental mistakes.

According to psychologists, cognitive dissonance occurs when individuals have an inconsistent or contradicting belief system. A person that has two sets of values or ideas that are polar opposites of one another is suffering from cognitive dissonance. For example, a devout Christian man cheating on his wife is cognitive dissonance because his values with contradict his action in this situation. Another Mandela effect example of cognitive dissonance is someone not being receptive towards information that contradicts or invalidates their beliefs. This relates back to the Mandel effect because many people who are false remembering things do not accept evidence that is contrary to their perceived memories. All the people who believed Mandela died in the 80’s are still to this day standing by their belief that they saw news reports on television detailing the death of the late civil rights icon and former president of South Africa. Even in the face of evidence that totally disproves what they claim to remember. Fiona Broome and others like her personify the very definition of cognitive dissonance by having thoughts and beliefs that don’t match up with the reality you are currently living in.

Fake news is a form of deceptive journalism used to mislead the public. Misinformation, exaggeration and hoaxes that are distributed through newspapers, social media, and television are all types of fake news. This spread of false information is done to shape the public’s perception and grab attention for political and financial gains. The rise of social media and the ever growing political divide occurring at the moment has been cited as the catalyst for the recent uptick in fake news stories popping up in popular media. In addition, fake news is related to the misinformation effect. The misinformation effect occurs when an individual’s memories are inaccurate thanks to information that came after the event happen. Coming in contact with fake news could potentially alter or influence your recollection of specific events. This is how fake news can lead to people remembering events that never occurred. For instance, if a large amount of people read a fake story on social media about a celebrity dying, a lot of people will perceive it as a true story. In this moment, the Mandela effect is produced because a large collective of individuals recall and firmly believe a fabricated event occurred, when it actually didn’t. Lastly, the best ways to separate fake news from real news include verify the source of the information, identify satire, take time to fully understand the full story and make sure the authors are credible.

So as we went through all the Mandela Effect Theories that can explain The Mandela Effect, its clear now how our memory and mind betrays us when it comes to remembering things. If you have your own theory or explanation,  don’t hesitate to drop it in the comments section. If convincing,  we will update it on the article as soon as possible.