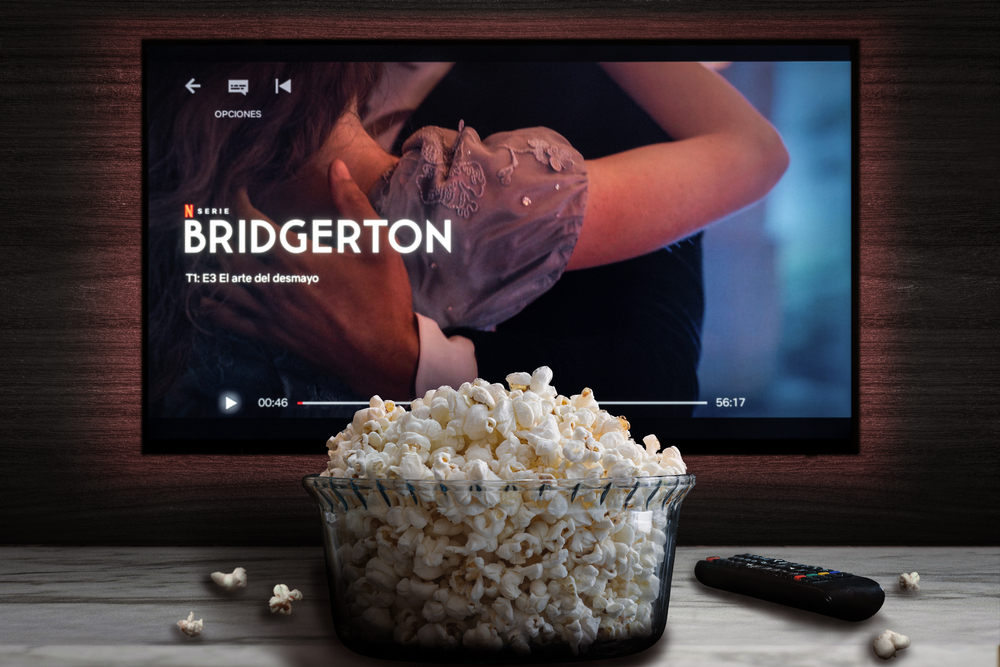 If you’re one of the millions who has already streamed their way through Bridgerton on Netflix, then you might have noticed the notorious line being uttered during a steamy wedding night scene between Daphne and Simon:

How does the Mandela effect work in film?

When this line was spoken, hordes of fans of the show flocked online and expressed their love for the character Simon Bassett given his romantic notions – with just one problem. Simon Bassett never actually spoke those words; they came from his wife Daphne Bridgerton, sparking a controversy that touches on the notorious Mandela effect and which forces viewers to rethink everything they remember about the show.

Misinterpreted lines are one of the most common examples of the Mandela effect at work in the movie business, with several of the most iconic lines actually being remembered incorrectly by viewers of all ages. And it is this very fact which makes them so interesting – viewers with no connection, across multiple generations, will often make the exact same mistakes, citing more than a mere coincidence.

One of the interesting things to ask yourself is whether this is because we hear and misinterpret the line independently, or whether we are actually hearing it wrong and so drawing our conclusion based on that of someone else. For example, if someone were to say to you “Did you see the steamy scene in Bridgerton where Bassett told Daphne he burned for her” then you are joining the mass incorrect memory stoked by the Mandela Effect – but because of someone else’s misinterpretation rather than your own. This is a particularly prominent ideology if, like Bridgerton, the misinterpretation is in reference to a very popular show or movie that many have watched based on the recommendation of their peers. When you talk about something enough with your friends and family, just one misinterpretation shared by one member of the group can lead the entire group to join the Mandela effect mass memory loss. If, however, you watched the show yourself and remember Bassett speaking those lines, then you join the Mandela effect independently.

Another argument leans on the presence of conspiracy theories at work – perhaps with multiple versions of Bridgerton and the wedding episode across different realities / alternate universes. Could there in fact be a version of the show out there somewhere, where Simon Bassett does speak that infamous line? Theorists think so.

So, back to the line in question. Has Rege-Jean Page (who plays Simon Bassett) said “I burn for you” in so many interviews that fans now associate the line with him, or is this a case of the Mandela Effect in question? Page seems to think it’s the Mandela Effect, stating that his character saying that line is not something that exists and so must be an example of the Mandela effect – with viewers feeling things towards his character and so putting words in his mouth.

One of the most compelling arguments for the existence of the Mandela effect in this case is that viewers have misheard or misinterpreted the line because they have projected their desires onto the character of Simon Bassett. Simply put, they want to feel like the character burns for them, and so in their mind they reframe the line and the scene it’s in to make it so.

Another, even simpler interpretation, and one which leans more on a misunderstanding than any kind of conspiracy at work, cites the presence of an earlier line spoken during the series

– in which the character of Simon Bassett says to Daphne

“when someone burns for someone who does not feel the same…”

– when the two are talking about a flushed face.
This reference to a similar line and the idea of burning for someone, spoken correctly by Simon Bassett, may well pinpoint exactly why viewers are so quick to believe that the “I burn for you” line is from Bassett once again – taking the quote full circle and bringing it back to the focal character.

Is the Mandela effect present?

From a basic misunderstanding to the presence of alternate variations of the same line and the same experience across multiple realms, the various arguments that could explain those four words coming from either character are virtually endless. Depending on what you choose to believe as a viewer, the widespread misinterpretation of the line “I burn for you” could be a result of fantasy projection, the Mandela effect, or one of its many conspiracy theories – or it could simply be a steamy scene that gets viewers feeling hot and ceases their concentration.

When asked whether or not the Mandela effect is present in Bridgerton, it is impossible to argue with the hordes of fans who remember the line being spoken by Simon Bassett – especially when these groups of fans are so widespread with no connection to draw their arguments together.

The Mandela effect is one of the most controversial but universally recognised conspiracies out there, explaining many of the events and popular culture references that are so often misread by large groups of fans and followers. With the actors themselves blaming the Mandela effect for the “I burn for you” line in Bridgerton coming from different characters, it is likely that the reference to a similar line spoken by Simon Bassett earlier in the series is largely to blame for the steamy wedding night scene mishear.

Have you watched Bridgerton? Who do you remember speaking those four famous words?