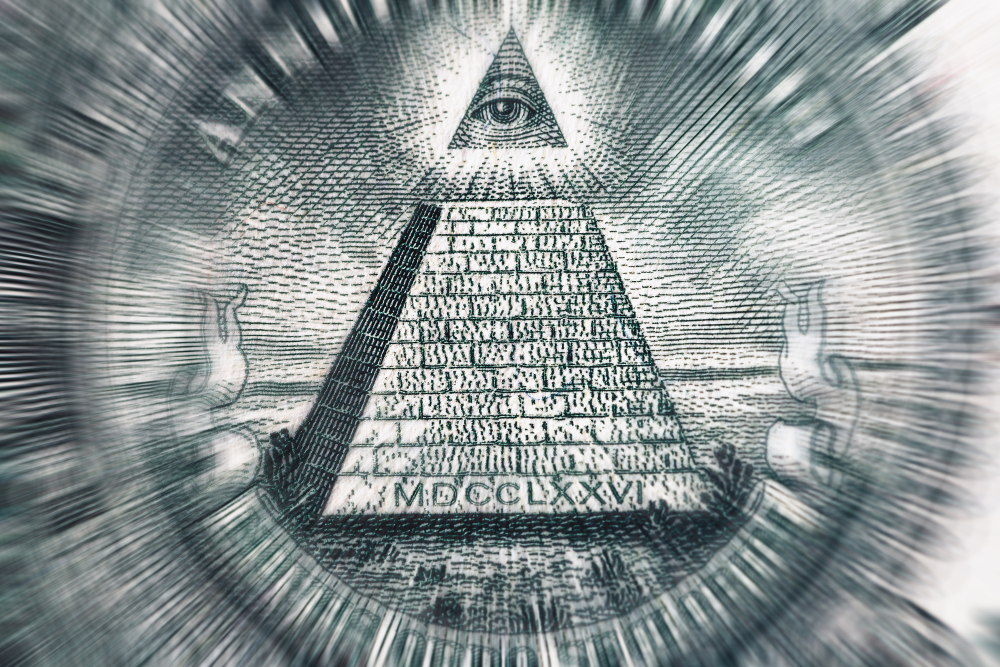 The likelihood is that most of us have experienced or heard about some interpretation of the Mandela Effect – whether we know it or not. From referencing a movie quote incorrectly to agreeing with a false recollection, we often find that if a false memory is shared often and with sufficient conviction, it can be passed off as fact. And that’s exactly how the Mandela Effect works.

Referred to by the media as a “commonly held false memory”, The Mandela Effect is a phenomenon where a large group or number of people share a false memory about an event and, believe it or not, will swear that it is completely true / that it definitely happened. However, when they look back, they find that what they believed was true, actually never happened at all.

But is it all a conspiracy theory, or could the Mandela Effect simply be a way of filling the gaps in our memory with something which seems like it could be true?

How the Mandela Effect works

If you hear something often enough, you will start to believe it’s true. Even if you have no evidence or never actually saw the event occur, enough conviction can lead you to buy into what you’re being told – and ultimately swear that you saw it for yourself and know it to be true.

There are different levels of the Mandela effect, ranging from small inaccuracies to a widespread belief in an entire event which never happened – for example when hoards of people believed that they had seen news reports announcing Nelson Mandela’s death when he was in fact alive and well in prison. In short, the Mandela Effect is a mass certainty that something happened – when it didn’t.

The theory, according to some, is that the Mandela Effect is an example of an alternate universe aligning and presenting itself to society. When you believe one thing completely and then find out you have been recalling the event completely wrong for so long, how long does it take you to accept your mistake? Far more likely if an insistence that “it wasn’t like that before” or “that isn’t what I remember happening!”

The idea that our falsified version of events did actually happen – but in another universe – is a popular one, and one which is fast gaining a following from conspiracy fans. Let’s take a closer look at how theorists believe this could work…

The belief states that we are all living in a series of universes, slipping seamlessly between different versions of the same reality. What we do and who we are stays the same, but some of the events even and things which surround us are different – whether that be the time that something happened, or the way that something is spelt or pronounced. After all, how else could so many instances be believed and shared by large groups of people – surely they can’t all be wrong?

The Nelson Mandela example is a hugely interesting one and is what led to the exploration of this topic – and the creation of so many different theories and ideas. Despite Nelson Mandela being alive in prison, news sites reported that he was dead and multiple people stated that they had read and seen reports of his death. This event never occurred, and yet large groups of people genuinely believe that they remember it happening.

Another theory floating around builds on the concept of time travel and the idea that someone travelled back in time and changed something small – sparking a shift in reality which led to a vast chain of events occurring at different times and with different outcomes. In terms of theories this one often holds more weight due to the idea that for time travel to happen in the future, the present day could well be a time that an individual chooses to travel back to. A change today will impact our tomorrow and could have been caused by someone who hasn’t even been born yet. Pretty interesting, right?

Do people really believe in these false memories?

This is where it gets really interesting – because the crucial thing to note about the Mandela Effect is that it is not mass lying… at least not on purpose. Those who believe in these alternative truths and facts genuinely believe in what they remember and would attest to it being a genuine memory. One point to the conspiracy theorists here, because an alternate universe argument explains the presence of multiple versions of the same event.

To return to the original Nelson Mandela example, one of the strangest pieces of evidence that points towards and supports the conspiracy theory is the existence of a book, published years before, which mentions Mandela’s date and gives an inaccurate date in 1991 as the date of death. Had this been flagged as incorrect, the book couldn’t have been published – and yet this book is out there still, adding to the Mandela Effect argument and leaving theorists scratching their heads over how this book came to be and what caused the false memory to have been published. Did it happen in an alternative universe? Is it a result of time travel which hasn’t happened yet?

Some examples of the Mandela Effect can be explained away by the media and mass misinterpretations – for example, the Berenstein Bears vs. the Berenstain Bears. Other examples are not so easy to explain, with the Nelson Mandela story up there as one of the most eye-opening and controversial topics of conversation among conspiracy theorists.

The idea that Mandela Effect false memories come from an alternate universe, or from the changing of something through time travel, is one which can be found across a multitude of online sites and videos – and goes some way towards explaining some of the events and recollections of groups of people who remember things which never actually happened.

What do you think?