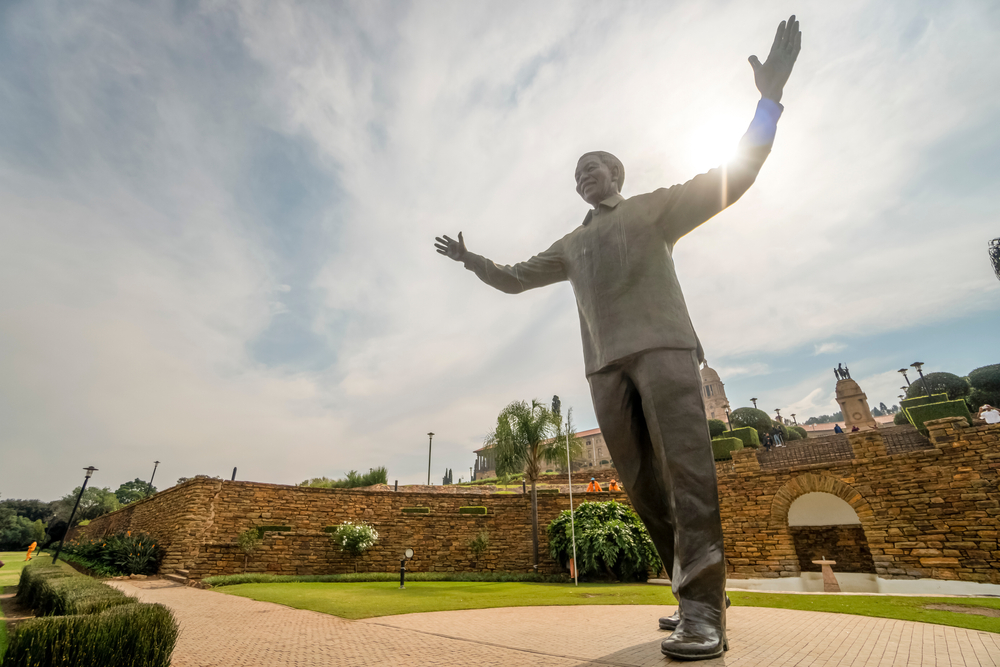 Nelson Mandela changed the world for millions of Black people living in South Africa, going from Prisoner to President during the course of his life. Not only is he an example of how one person can impact the world, but he is also the namesake behind the infamous Mandela Effect – because it was hid life and death which left to a widespread discussion on exactly when that death occurred.

And we aren’t talking days. We are talking decades – with thousands of people all over the world genuinely believing that Mandela died in prison in the 1980’s, despite him actually living to be President, with his death reported in 2013. This huge variation in stories, and the fact that so many unrelated people believed in the entirely false memory that his death was reported in the 1980’s has come to be known as the Mandela Effect.

But it doesn’t end there.

The People whose lives are impacted by the Mandela Effect

The fact that different interpretations of Nelson Mandela’s own death are reported and widely acknowledge, shows that his life and his death has impacted the world. In recognising and acknowledging the different variations and reports on his death, we can pinpoint a very specific example which sparked the conception of the Mandela Effect as it is known today. But it’s not just Nelson Mandela whose memory is impacted by the theory.

Another prime example is Henry VIII, who has long been remembered at gluttonous and greedy, supported by the painting of him holding a turkey leg. This painting implies that he couldn’t go long enough to have a portrait taken of him without eating – but does this painting really exist? The truth is that no, it does not – despite hordes of people saying that they remember seeing it. In fact, this false memory has become so popular that memes and cartoons exist of him holding that turkey leg – recreating and representing something which, in reality, was never proven to be fact.

Many of the other examples of the Mandela Effect which many of us have heard of and recognise come from popular culture, movies, song lyrics, and images and paintings – as well as logos and titles which are misremembered and misrepresentations across generations. The interesting thing? Most people who believe in the false memory are unconnected and have no means of sharing their incorrect representation between themselves.

Back to the man himself

And so, we return to Nelson Mandela, whose life is what has sparked the conception of the Mandela Effect and whose case is also used in part to explain the Lindy Effect – whereby a theory has been created to suggest that false memories and situations are more likely to become fact and live on in people’s minds, the longer they have existed.

Let’s look at the Nelson Mandela situation as an example.

When people believed that they had read about his death in 1980, they then had around 30 years to allow that belief to settle – no one questioning it, because no one knew that it existed, and those who did believed it to be true. Then, when Mandela’s death was reported for real in 2013, the conversation began – stemming from those who believed him already dead.

What’s important here is that the longevity of the false belief meant it could not be eradicated over night – tapping into the Lindy Effect which suggests that even an inaccurate and false memory can become a version of the truth if it is around long enough and picked up by enough people.

And so, not only has Nelson Mandela’s life rocked the way we view fact and fiction, but it has also been used in part to explain the Lindy Effect and the lifespan of inaccuracies and false memories – thus impacting the world exponentially.

Explaining the presence of the Mandela effect

There are endless theories, conspiracies and ideas revolving around the presence of the Mandela Effect and what causes it to occur. In the case of Mandela, it seems difficult to comprehend that such a serious matter would be reported so incorrectly, and yet many eyewitness accounts report seeing a news announcement and reading accounts of his death in prison. Could it be a simple misunderstanding? Or is something bigger at work?

Other instances of the Mandela Effect, for example those which link to incorrect lyrics, misquoted lines in movies, and geographical discrepancies can all be pinned down to misunderstandings – or again to something bigger.

This is where the conspiracy theorists come in with their alternate universe ideas and their concept of time travel and the presence of the butterfly effect. All of these ideas would have a huge impact on the world if they were to be proved true – particularly the idea that there exists a parallel and alternate universe where everything is similar but with small differences. When these differences cross from one universe to another, we have the Mandela Effect.

But what do you think? Has Nelson Mandela, his life, and his death, impacted the world through the conception of the Mandela Effect?