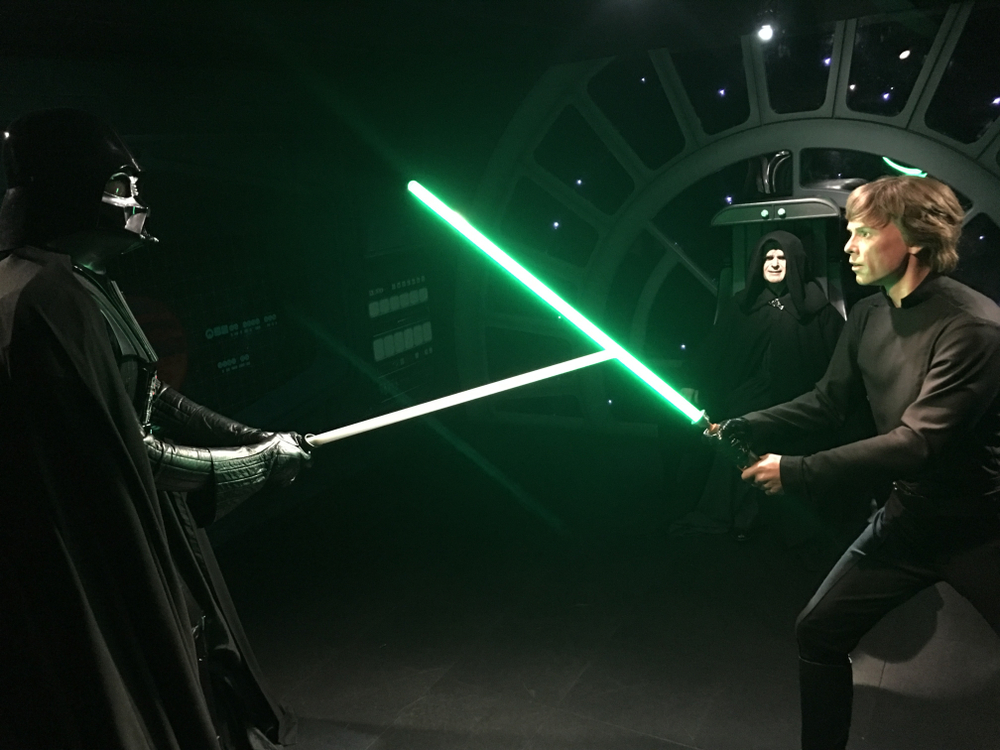 There are some movie franchises and famous Hollywood moments that filter so broadly into everyday life that you can’t help but recognise them – whether or not you have seen the movie. And the moment where Darth Vader reveals that he is in fact Luke Skywalker’s father is certainly one of them.

But does it happen exactly as you remember, or is this a common and popular example of the Mandela Effect in action?

The Mandela Effect refers to a phenomenon whereby a large group of people, often completely unrelated and from all corners of the world, remember something incorrectly – or remember something clearly even though it perhaps never happened at all.

This collective incorrect memory often becomes so indoctrinated in everyday life that people can go years believing one thing, while others believe something entirely different – stemming from the original case where a group of unconnected people swore that they read about the death of Nelson Mandela, years before he actually died. When his actual death was reported, thousands of people around the world met the news with confusion, having believed he died in prison years before.

In the movie business and the world of Hollywood, the Mandela Effect is not quite so dramatic but this makes it no less prevalent – with the effect often present in lyrics, lines, and even the spelling of entire words or the positioning of logos. While, more often than not, these are not lifechanging or meaningful examples of the Mandela Effect, and have no real impact on the way people lead their lives, it does open up some interesting and mind-blowing questions about the things we remember and the lines we quote. And one great example comes from the Star Wars franchise and its most loved and revered characters.

The Darth Vader and Luke Skywalker example is one of the most interesting, mind-boggling, and recognisable examples of the Mandela Effect in action that we have, mainly because it embodies one of the most important and crucial turning points of the entire franchise.

If we were to ask you how you remember the line, would you requote Darth Vader with the word “Luke” or without it? Many will quote the line as it is displayed in the title of this blog – “Luke, I am your father” – however the line is actually “No. I am your father”.

See the slight but extremely impactful difference between the two? What’s more, there are so many arguments and theories out there while play off of and build on this, by exploring exactly why the line has shifted in popular culture and what impact the different variations have.

Why is the famous Star Wars line subject to the Mandela Effect?

This is a really interesting question to ask and answer, primarily because there is no real explanation for the Mandela Effect – and all the explanations that do exist revolve around theories and conspiracies which may or may not make sense depending on the situation and the subject matter.

In this instance, one explanation which can resolve the conflict between the addition of ‘Luke’ in people’s memories is purely that it makes the line more contextually linked to the story – and allows the line to be quoted outside of the movie but still make sense. Look at it this way. If you said ‘No, I am your father’ to someone, there is no real connection to who or what they are talking about. However, when you add the name of the character being spoken to, the line immediately makes sense and seems to sum up the entire plot of that particular movie moment in just five words.

Another explanation is a simple case of misremembering – with people reflecting and implementing their own feelings from the scene into the way they quote the line. As we have already touched on, the line is a crucial moment of the movie plot and so it follows that people remember it in this more personal way.

What does this example of the Mandela Effect do for the story?

One of the most interesting theories out there places the two lines next to each other and explores how each one actually presents a very different side to the character of Darth Vader – implying that the shifting of the line as a result of the Mandela Effect manages to rework the scene completely and change the emphasis. By adding the name ‘Luke’ to the start of the line, Darth Vader could be viewed as a more human and empathetic character, in a removal from the cold hearted ‘No’ at the start of the line in the movie.

Fans of the Star Wars world would argue that this not only changes but negatively impacts the course of the story, and that this misremembering of the line adds an unnecessary and incorrect level of intimacy to an overtly bad character. However, it is not just the internet that has bought into the Mandela Effect version of the famous line – a multitude of other sources have quoted the seemingly incorrect version of Darth Vader’s line ever since, including merchandise, follow up interviews and dramatizations, and more.

But what do you think? Does the single word difference change the way that you remember the Star Wars movie and this crucial moment in the story?