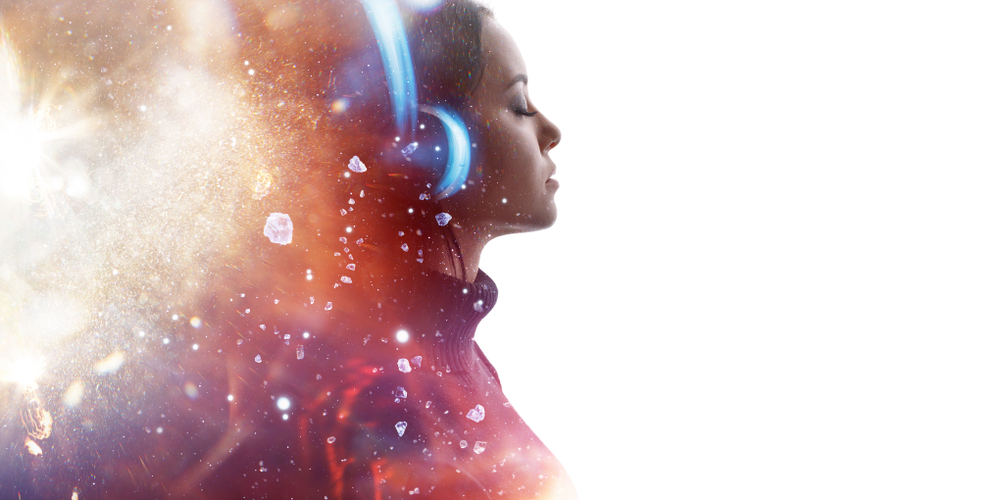 Have you ever listened to a song over and over again, singing your heart out, only to be told by someone else that you’re singing the lyrics wrong? After a period of time in denial and insisting that you are in fact correct, you learn that your interpretation is wrong after all – and so you start to question how you ended up learning and memorising the wrong lyrics.

Is the singer simply mumbling and not annunciating correctly, or is something else at play?

The Mandela effect in pop culture

Pop culture is a prime breeding ground for the Mandela effect, because it often has such a large following that inaccuracies just get lost in a sea of interpretations and opinions. Is this singer talking to an ex-lover or a long lost friend? Is that music video meant to be set on Earth or in Heaven? Are these lines literal or metaphorical?

As such, identifying the Mandela effect is more difficult than it sounds – because how do you separate a mass false memory from a misheard lyric?

Let’s look at five examples of the Mandela effect at play in popular songs and determine exactly what’s going on behind the scenes.

Queen – We are the Champions

This one is an iconic example of the Mandela effect, because it doesn’t merely touch on incorrect lyrics but on lyrics which never actually existed. Ask anyone and the likelihood is that if you ask them to sing the closing line of the song, they will belt out

“cos’ we are the champions, of the world”.

But is that right?

Actually, the final line of the song ends after the word “champions”, with fans around the world adding the final “of the world” lyrics themselves despite the line never existing at the end of Queen’s original song.

This is a fairly simple one to explain, because most of the way through the song those three words are added every time you hear the line “We are the Champions”. However, it is still an entertaining example of the Mandela effect and out collective false memories at work.

This is an interesting one because the Mandela effect doesn’t just questions lyrics but also the release date of the song. At one point in the song, Fergie sings

Those who claim that this is the line, also pledge to hearing the song before 2008 – implying that Fergie is singing about herself being futuristic and relevant. In reality though, the song wasn’t released until 2009 – and the correct lyric is “I’m so 3008…”

In fact, one particular person claims to have heard the song continually in his workplace despite leaving that job in 2009 – weird!

This one is a bit of fun because it presents a couple of different theories. In the song, it sounds very much like Demi is singing

– however, the lyrics in the music video claim that the line is

Some blame the Mandela effect and some alternative version of the song where McDonalds is the line, while others believe that the original lyric WAS McDonalds, but Disney removed it when they realised how much they would have to fork out in copyright fees.

What do you think?

Joan Jett and the Blackhearts – I love Rock N’ Roll

Whether or not you really do rock n roll, you can’t argue with this weird example of the Mandela effect in action – picking up on a discrepancy with the opening line.

The lyric in question came about when someone shared the lyric – and the world went mad, realising that they had got the lyric wrong the entire time. Most will say that the line is

“I saw him standing there by the record machine”

– however the Joan Jett original, and all later versions that stay faithful to it, actually include the line

“I saw him dancing there by the record machine”.

Be honest – which version have you been singing in your karaoke nights?

Panic! At The Disco – I write Sins not Tragedies

This Mandela effect reached such heights that the band themselves had to weigh into the debate through Twitter, with fans split between those who heard

and those who heard

When pushed, the band themselves had no explanation of the two versions, citing the Mandela effect at work as the only answer to the two undeniable interpretations. What made this even more interesting was the commitment of fans on both sides who were certain that their side was correct – leading to all out twitter lyric warfare.

To some extent, with so many songs, lyrics, and music videos available at the click of a button online and through social channels, the presence of the Mandela effect in pop culture and pop songs in particular is diminishing. After all, you don’t have to wait to hear the song on the radio again – nowadays you can simply head online and listen to it as many times as you want until you are certain of the words.

However that’s not to say that the Mandela effect isn’t present, with some of the above discrepancies leading to genuine questions about the validity of both sides and whether there is in fact something working behind the scenes that keeps multiple interpretations of the same song alive and playing.