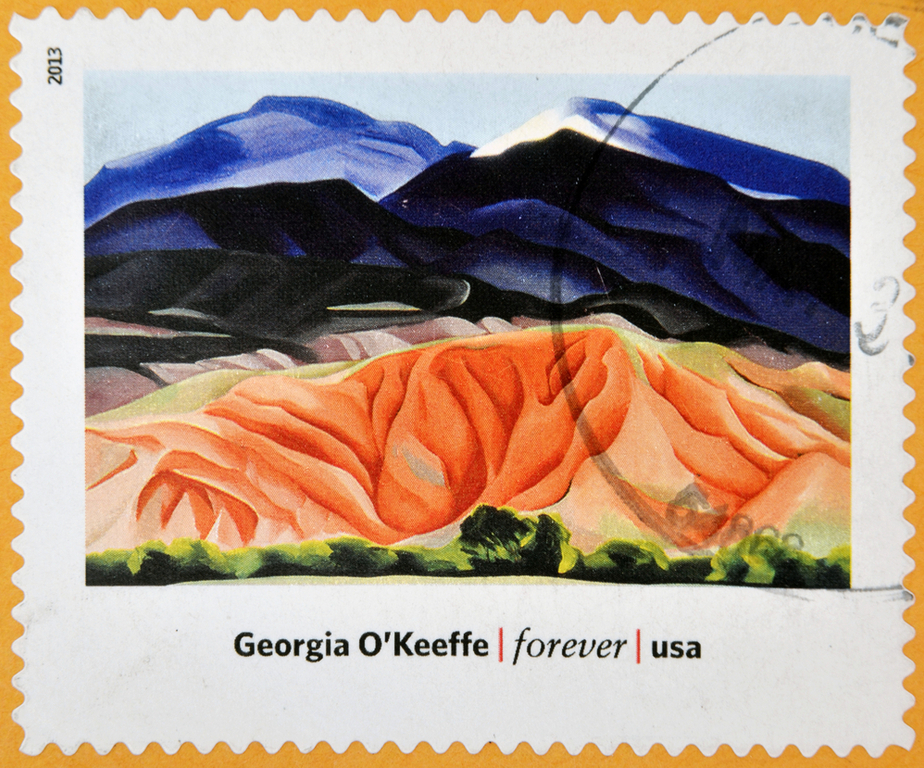 There are many examples of misremembered facts – the obvious misspelling of the bears in the famous book series is the most prominent. Many argue that the “stein” ending is more expected in a name than the actual ending “stain”. However, others propose that this is a merging of universes and in the other one, they spell it differently. This example of the Mandela Effect is often cited and for many marks the difficult line between a typo and a theory. Here we are going to explore another example – the strange misremembering of the spelling of the name of the artist Georgia O’Keeffe.

Who is Georgia O’Keeffe?

Georgia O’Keeffe is an artist who was born in 1887. She is an American and loved to paint nature while exploring how it made her feel. If you ever meet some of her work, you will likely see images of flowers or of the desert.

O’Keeffe is known as the mother of Modern Art, which is quite an austere title. However, it recognises her as the pioneer of a style that was going to dominate the art world in the coming decades. She was also a pioneer because she was a woman. She is the first female painter to ever gain any respect in the art world of New York. She was accepted into the scene in the 1920s because of her unique approach to painting nature, which challenged the rural idyll that had dominated before. She simplified shapes and forms and focused on our emotional reaction to the scenes. If you look at the oil painting Rust Red Hills, you will be astounded by the simple layering of shapes that somehow captures the majesty of the desert mountains.

O’Keeffe was also fascinated by bones and skulls, which you will often find in desert landscapes. O’Keeffe was clear that she saw beauty in these bones and that they feel keenly alive and at the core of life in nature. She finds something brutal in these bones and a sense of what is untouchable in our world. They almost capture a sci-fi dystopian landscape but with much warmer colours.

She knew she wanted to be an artist from a child. She began her habit of painting at the age of 12 and pursued a career in an art school. She was most inspired by the artist and designer Arthur Wesley Dow who focused heavily on composition, arranging the shapes carefully in the frame of the picture. He taught her to fill the space in a beautiful way. The focus was on the combination of colours, shapes, and brush-marks to express meaning and feelings. It was a strange combination of abstracts and the realistic world.

Is it O’Keefe or O’Keeffe?

Of course, we know that Georgia O’Keeffe opted for the double F spelling. It is how she chose to spell her name, so this is the correct answer. However, there are many examples across the media where her spelling was changed to just one F.

Maybe it is the strange combination of the abstract and realistic in O’Keeffe’s paintings that inspires people to believe that she should be at the centre of a conspiracy theory. Certainly, the images she creates do feel otherworldly and could easily feed into a belief that she is an overlap between universes. She also had a particularly enigmatic personality that continues to intrigue the art world. She would spend much of her life on the road, in her specially adapted car. She would camp out in the desert with an art studio set up in the back seat. It is not a life you would expect for a woman in the 1920s, so she invites a lot of attention.

The issue has come to the fore in the press again because of the upcoming auction of her works and ephemera hoping to raise some $40 million. So, again, people are focused on her strange work and strange life.

Proponents of the Mandela Effect believe that there are a lot of examples of misremembering across pop culture – with a lot in the Star Wars franchise, in particular. There are websites that catalogue the occurrences where our conviction about what is true about the past does not reflect what is real.

The O’Keeffe controversy centres around the spelling of her Irish surname. The double F spelling is common but sometimes this is shortened to just one F. The Mandela Databases have multiple examples of her name misspelt, including on merchandise, media and beyond. They look to newspaper clippings and to street signs. They see the frequency of these misspellings as a sign that this is part of the Mandela Effect. The idea being that once or twice would be called a typo, but the sheer weight of examples proves that there is something more going on.

The general theory would suggest that in one universe there is an O’Keeffe and in the other, an O’Keefe and the confusion are a glitch between the two realities.

Mandela Effect or not

It is easy to type the name of this artist wrong. When you go to write her name, you have to consciously remember to put the second “F” in her name, even when you are writing about that second “F”. It seems easy for a typo to become something more in a media-saturated world. Also, while we can be convinced that our memories are real, but memory is a notoriously unreliable recorder of events. It is likely as more and more information appears on the internet that it will become harder and harder to discern the line between typo and theory – but here we would say that the fault lies in the imperfection of the typist’s art.