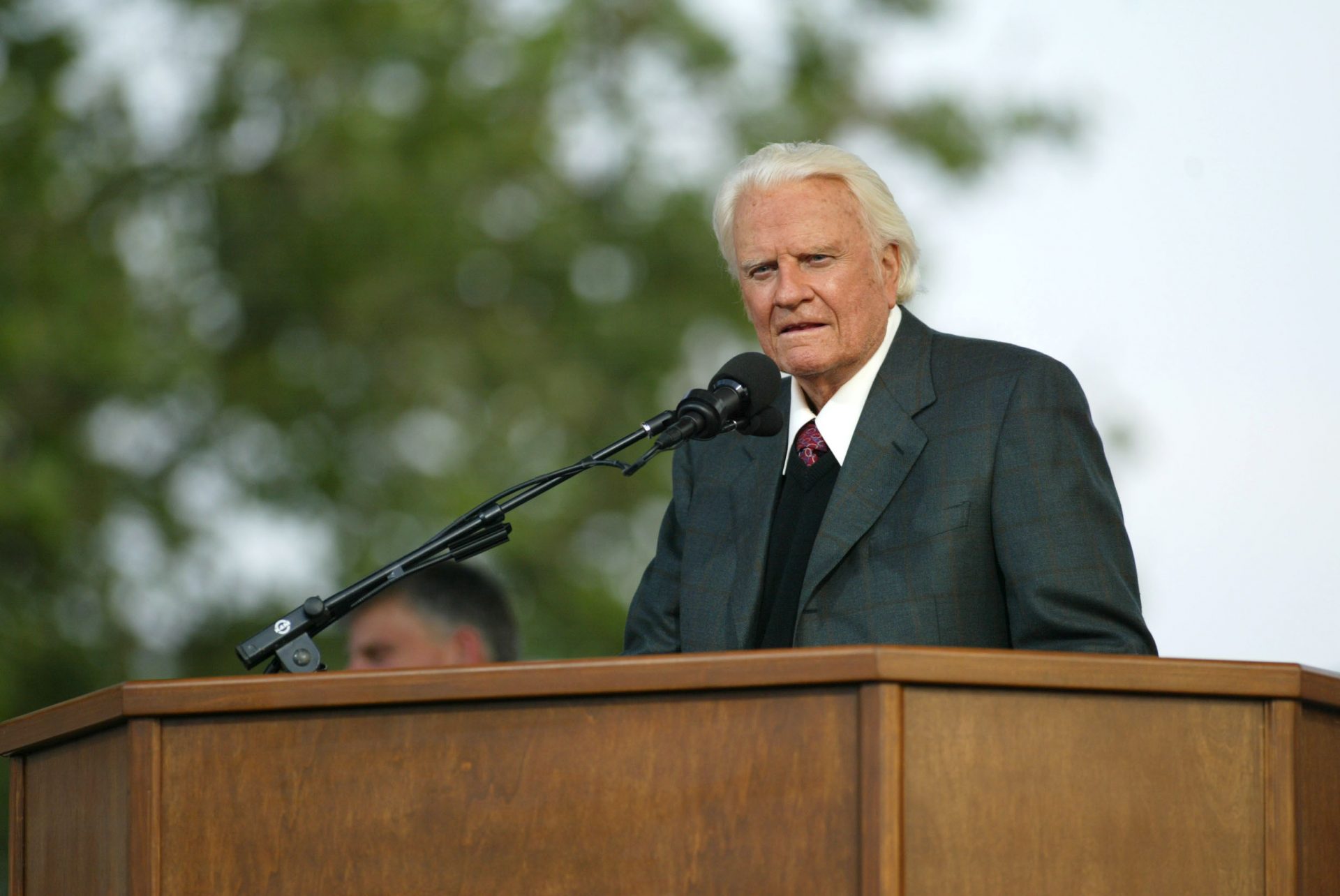 Have they passed away yet?

As you will likely know, the Mandela Effect was given its name based on the death or not of Nelson Mandela. There is a common shared misremembering that Mandela died in the 1990s. People recall a funeral and some even recall Winnie Mandela making a speech in memory of her husband. There is a reason that this incident of erroneous recall should be used to coin the effect, it is because the level of the memory was so detailed. This incident was more than just a misspelling on a bottle of Febreze (that really is the spelling) or whether the Monopoly man wore an eyeglass or not (he didn’t). Mandela’s death in the 1990s, though not real, was vividly imagined by a large number of people.

Nelson Mandela was not the only person that confused people with his eventual death. Billy Graham was also thought to have died long before he did while Neil Armstrong is still alive in many people’s imagination.

Here we explore the life and death when it did finally occur, of these other two iconic figures in history. It is only fair to air the error in their history, as much as Mandela has enjoyed his moment of confusion explored.

The life and eventual death of Billy Graham

Billy Graham was born in North Carolina and was the son of a farmer. He was known best for preaching to millions of people in his stadium events that he called crusades. However, he was also the pastor to many presidents and was the best-known Christian evangelist for more than 60 years – and probably still is today.

Despite many people believing he died long ago, Billy Graham died in 2018 at the age of 99. His death was confirmed by a spokesman for his evangelist association. Those who thought they had heard of his death before may have been fooled into thinking this because of the large number of reported illnesses he suffered. Billy Graham struggled with prostate cancer, hydrocephalus – commonly known as a build-up of fluid on the brain – and then was reported to have symptoms of Parkinson’s Disease.

Even though his death, like that of Nelson Mandela, has become a curiosity, this does not belittle the life’s work of the preacher. He wielded a massive amount of social influence and had the ear of those with immense political power. Even though he refused to endorse clients and would not speak out publicly about politics in his later years, he was still a wise elder whose view was heard despite his quiet voice. He claimed not to be promoting issues but just promoting the Gospel.

In his life, Graham wrote 30 books and took his crusade to a global audience. He simultaneously broadcast his sermons to 185 countries in 1995.

He was a unique religious speaker because he spoke for no particular church or set of peoples. He just spoke the word of God as he saw it. He offered healing prayer after 9/11 terrorists attacks and he travelled to New Orleans in 2006, despite being in very poor health.

Graham was not without his controversy. He was recorded offering anti-Jewish sentiment to Nixon while he was president. He was also accused of promoting an overly simplistic message in a time of huge complexity.

The life and death, it did happen honest, of Neil Armstrong

Neil Armstrong was an astronaut – more accurately – an aeronaut. He was the first man to land on the moon. He uttered the immortal words “This is one small leap for man but a giant leap for mankind.”

Armstrong was born in Wapakoneta, Ohio in 1930. He started with NASA in Ohio after he had served as a naval aviator. Originally, Armstrong’s role was with NACA (National Advisory Committee for Aeronautics) and he was based at NACA Lewis Research Centre. We now call this centre NASA Glenn in Cleveland. He was a test pilot, an astronaut and administrator.

Later, as a research pilot at NASA’s Flight Research Centre at Edwards, California, he piloted many high speed aircrafts. He flew more than 200 different models of aircraft in his career.

He transferred to become an astronaut in 1962 and was assigned the command of the Gemini 8 mission that launched in March 1966. He was the man to first dock two vehicles in space – a massive achievement at the time but certainly nothing in comparison to what he was about to do.

During the Apollo 11 mission, he piloted the lunar landing mission and so was given the distinction of being the first man to step out onto the surface.

He continued to work for NASA and then as a professor before becoming the chairman of a private company.

In his lifetime, Armstrong was decorated by 17 countries. He received so many special honours that it would be tedious to list them all. It is fair to say that the Presidential Medal of Freedom and The Congressional Gold Medal was amongst the highest honours.

Now, here is the bit that most people missed. Armstrong died in 2012 after undergoing heart surgery. He developed complications and passed away at the age of 82. If you speak to many people they will be surprised to know that he had died and may even doubt your word. It is not that the event wasn’t covered in the news – in fact – there was some controversy over his will and the division of his estate.

It is likely that Armstrong’s reputation as a quiet man who just got on with his business followed him to the grave. Despite being lauded as a hero, he was said never to feel overly comfortable speaking in public about the events of his life.